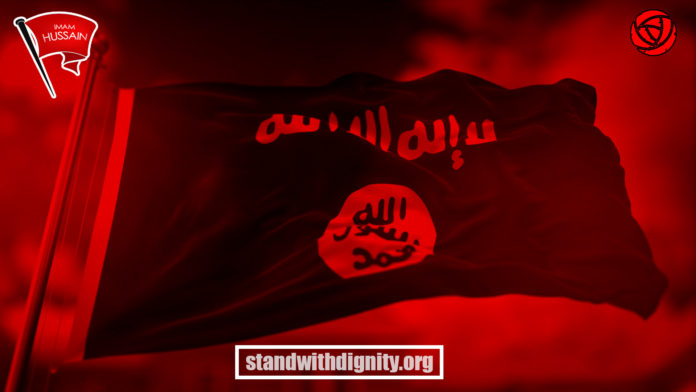 Syed Hussain Nasr graduated from Massachusetts Institute of Technology with an undergraduate degree in Physics and Mathematics. He went on to Harvard University where he studied Geology and Geophysics, and then completed a Ph.D. in the History of Science and Philosophy.

He is a world renowned scholar on Islam and is currently a University Professor at George Washington University. He has published over twenty books and hundreds of articles in numerous languages and translations.

Despite the presence of violence in many regions of the world ranging from Ireland to Lebanon to the pacific Basin and involving many religions from Christianity to Hinduism, the Western word associates Islam more than any other religion with violence. The Muslim conquest of Spain, the Crusades – which were not begun by Muslims, and the Ottoman domination of Eastern Europe have provided a historical memory of Islam as being related to force and power. Moreover, the upheavals of the past few decades in the Middle East and especially movements using the name of Islam and seeking to solve problems of the Muslim world created by conditions and causes beyond the control of the Muslims have only reinforced the idea prevalent in the West that in some special way Islam is related to violence.

To understand the nature of Islam and the truth about the ascertain often made of Islam’s espousal of violence, it is important to analyze this question clearly remembering that the word Islam itself means peace and the history of Islam has certainly not been witness to any more violence than one finds in other civilizations, particularly that of the West. In what follows, however, it is the Islamic religion in its principles and ideals with which we are especially concerned and not particular events or facts relating to the domain of historical contingency belonging to the unfolding of Islam in the plane of human history.

First of all, it is necessary to define what we mean by violence. There are several dictionary definition that can be taken into account such as ‘swift and intense force’, ‘rough or injurious physical force or action’, ‘unjust or unwarranted exertion of force especially against the rights of others’, ‘rough or immediate vehemence’ and finally ‘injury resulting from the distortion of meaning or fact’. If these definitions are accepted for violence, then the question can be asked as to how Islam is related to these definitions. As far as ‘force’ is concerned, Islam is not completely opposed to its use but rather seeks to control it in the light of the divine law (al-sharīá). This world is one in which force is to be found everywhere, in nature as well as in human society, among men as well as within the human soul. The goal of Islam is to establish equilibrium amidst this field of tension of various forces. The Islamic concept of justice itself is related to equilibrium, the word for justice (al-‘adl) in Arabic being related in its etymology to the word for equilibrium (taadul). All force used under the guidance of the divine Law with the aim of re-establishing an equilibrium that is destroyed is accepted and in fact necessary, for it means to carry out and establish justice. Moreover, not to use force in such a way is to fall prey to other forces which cannot but increase disequilibrium and disorder and result in greater injustice. Whether the use of forces in this manner is swift and intense or gentle and mild depends upon the circumstances, but in all cases force can only be used with the aim of establishing equilibrium and harmony and not for personal or sectarian reasons identified with the interest of a person or a particular group and not the whole.

By embracing the ‘world’ and not shunning the ‘kingdom of Caesar’, Islam took upon itself responsibility for the world in which force is present. But by virtue of the same fact it limited the use of force and despite all the wars, invasions, and attacks which it experienced, it was able to create an ambiance of peace and tranquility which can still be felt whenever something of the traditional Islamic world survives. The peace that dominates the courtyard of a mosque or a garden whether it be in Marrakesh or Lahore is not accidental but the results of the control of force with the aim of establishing that harmony which results from equilibrium of forces, whether those forces be natural, social or psychological.

As for the meaning of violence as ‘rough or injurious physical force or action’, Islam Law opposes all uses of force in this sense except in the case of war or for punishment of criminals in accordance with the sharīá. Even in war, however the inflicting of any injury to women and children is forbidden as is the use of force against civilians. Only fighters in the field of battle must be confronted with force and it is only against them that injurious physical force can be used. Inflicting injuries outside of this context or in the punishment of criminals according to the dictum of the sharia and the view of judge is completely forbidden by Islamic Law.

As far as violence in the sense of the use of unjust force against the rights of others and law is concerned, Islam stands totally opposed to it. Rights of human beings are defined by Islamic Law and are protected by this Law which embraces not only Muslims but also followers of other religions who are considered as ‘People of the book (ahlal-kitab)’. If there is nevertheless violation in Islamic society, it is due not to the teaching of Islam but the imperfection of the human recipients of the Divine Message. Man is man wherever he might be and no religion can neutralize completely the imperfection inherent in the nature of fallen man. What is remarkable, however, is not that some violence in this sense of the word does exist in Muslim societies, but that despite so many negative social and economic factors aggravated by the advent of colonialism, overpopulation, industrialization, modernization resulting in cultural dislocation, and so many other elements, there is less violence as unjust exertion of force against others in most Islamic countries than in the industrialized West.

If one understands by violence ‘rough or immoderate vehemence’, then Islam is totally opposed to it. The perspective of Islam is based upon moderation and its morality is grounded upon the principal of avoiding extremes and keeping to the golden mean. Nothing is more alien to the Islamic perspective than vehemence, not to say immoderate vehemence. Even if force is to be used, it must be on the basis of moderation.

Finally, if by violence is meant ‘distortion of meaning or fact resulting in injury to others’, Islam is completely opposed to it. Islam is based on the Truth which saves and which finds its supreme expression in the testimony of the faith, la ilaha ‘Llah (there is no divinity but the Divine). Any distortion of truth is against the basic teaching of the religion even if no one were to be affected by it. How much more would distortion resulting in injury be against the teaching of the Qur’an and the tradition of the Prophet!

In conclusion it must be emphasized that since Islam embraces the whole of life and does not distinguish the scared and the secular, it concerns itself with force and power which characterize this world as such. But Islam, in controlling the use of force in the direction of creating equilibrium and harmony, limits it and oppose violence as aggression to the rights of both God and His creatures as defined by the divine Law. The goal of Islam is the attainment of peace but this peace can only experienced through that exertion (jihad) and the use of force which begins with the disciplining of ourselves and leads to living in the world in accordance with the dicta of the sharia. Islam seeks to enable man to live according to his theomorphic nature and not to violate that nature. Islam condones the use of force only to the extent of opposing that centripetal tendency which turns man against what he is in his inner reality. The use of force can only be condoned in the sense of undoing the violation of our own nature and the chaos which has resulted from the loss of equilibrium. But such a use of force is not in reality violence as usually understood. It is the exertion of human will and effort in the direction of conforming to the Will of God and in surrendering the human will to the divine Will. From this surrender (taslim) comes peace (salaam), hence Islam, and only through this Islam can the violence inbred within the nature of fallen man be controlled and the beast within subdued so that man lives at peace with himself and the world because he lives at peace with God.

‘I am the one who will be killed

In a manner that tears will be shed upon

Me and my remembrance will not but

Awaken the conscience and impart lessons.’