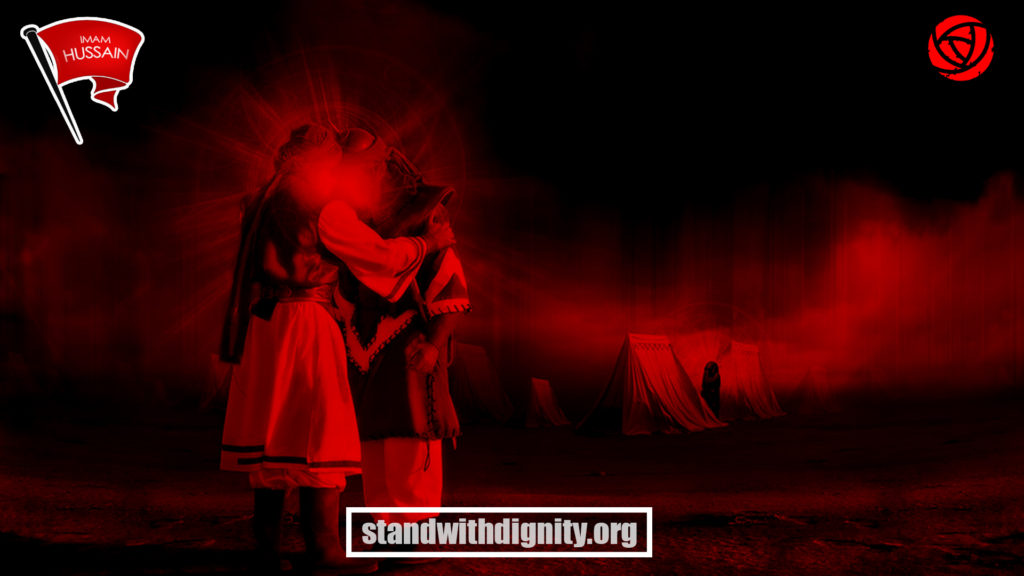 Imam Hussain can be the exemplar for any individual seeking a guide in his or her life. From compassion to selflessness, charity to self-restraint, just leadership to moral grounding, his persona is one that can be followed in all facets of daily life. Man, woman and child can learn from Imam Hussain the ways in which to uphold one’s self-worth and dignity. His message in Karbala, which was a universal message for all mankind, upheld the idea of dignity and justice for society.

Stand with Dignity is a campaign to raise awareness about the state of our lives. What do we stand for? What values would we fight for? How often do we have compassion for others? These are questions we urge you to ask yourself. To stand with dignity is to understand mankind’s worth. While we want to encourage people to learn about Imam Hussain, our goal is to first promote reflection on his message.

When global atrocities occur, there is something that unites us all beyond race and creed; it is the human heart. It’s the element in us that cares when a murderer is seen as innocent when a populous is yearning their rights, or even as a child is being bullied. There is something intrinsic in us that yearn for justice; Imam Hussain is calling to that part of our hearts to move that feeling into action.

Stand with dignity is sponsored by Muslims4Peace