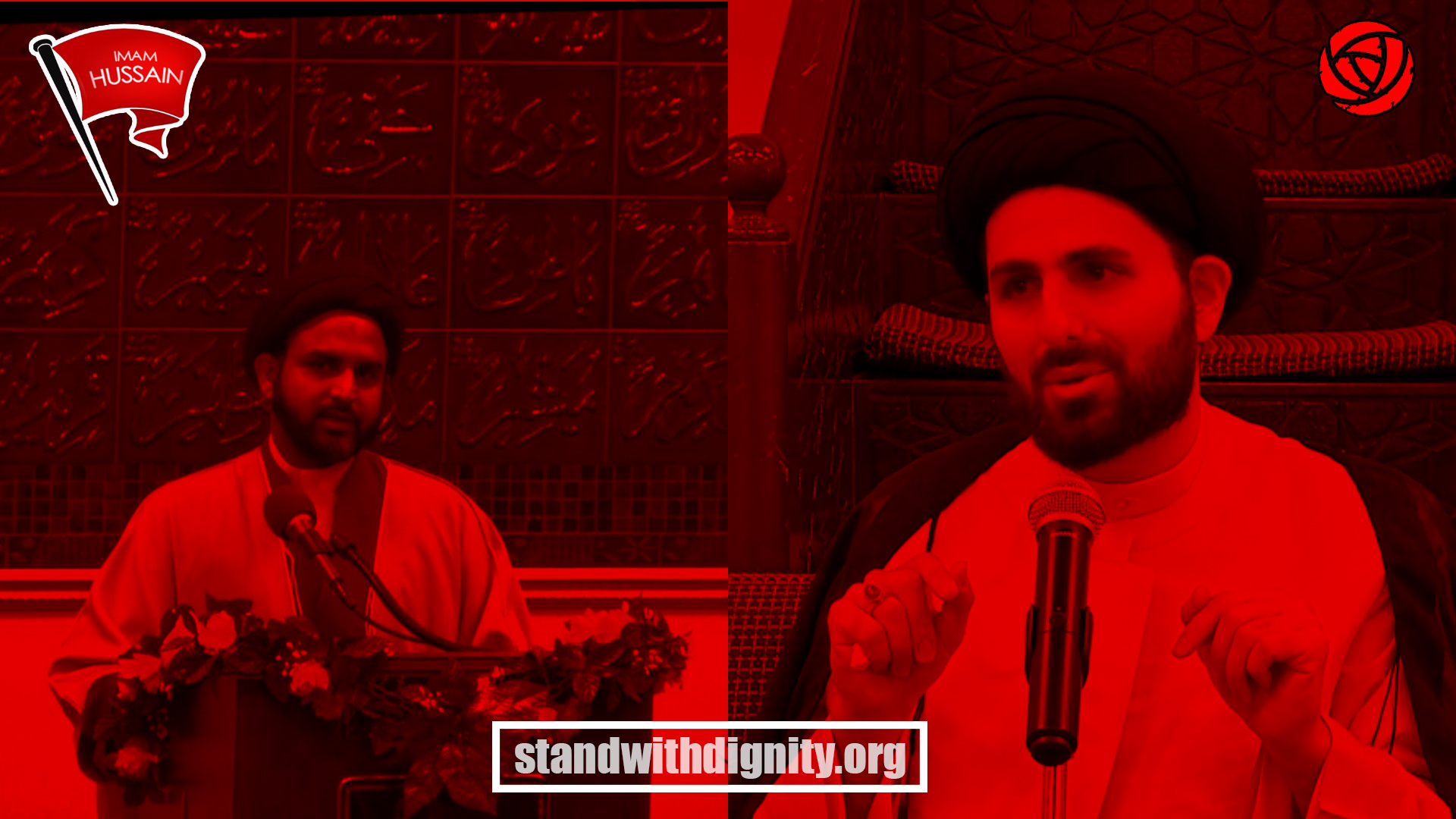 Standwithdignity is an organization that aims to educate and spread the message of Prophet Mohammed and peaceful message of Islam.

Hussain the grandson of the Holy Prophet Muhammad and his third successor is either a very well-known personality to those who are aware of his cause or remains to be an unknown figure to others. We wish to enlighten the masses not only on the personality but life and mission of a man that stood for social justice. Thus, we have made available notable Muslim Scholars to answer any questions about Islam and Imam Hussain.

Sayed Mohammad Baqer Qazwini completed his schooling in Los Angeles, after which he moved to Michigan to further his academic studies. He received a BA in Sociology at the University of Michigan, Ann Arbor. In 2004, Sayed Qazwini moved to the holy city Qom to pursue his Islamic studies in law and jurisprudence at the world renowned Seminary. He travels frequently to give lectures, and he recently established an English Islamic seminary (Al-Hujjah Islamic Seminary) at the Islamic Institute of America in Dearborn Heights, MI.

Christopher Clohessy is a South African-born Catholic priest who holds a Bachelor of Sacred Theology from the Pontifical Urbanianum University in Rome, and a PhD from the Pontifical Institute for Arabic and Islamic Studies (PISAI), also in Rome. He is at present a resident faculty member of PISAI, where he is professor of Shī‘ī Islamic studies, as well as lecturing in Qur’ānic Studies, Islamic Ethics and Christian- Muslim dialogue. He is also visiting lecturer at the Pontifical Beda College in Rome, where he lectures in Fundamental Theology, Ecclesiology and Mariology, as well as in Christian-Muslim Dialogue. He is author of Fâtima, Daughter of Muhammad (2009, 2018 2 ND ed.), Half of My Heart: the Narratives of Zaynab, Daughter of ‘Alî (2018), and Angels Hastening. The Karbalā’ Dreams (2021), all published by Gorgias Press. In 2021 Half of My Heart: the Narratives of Zaynab, Daughter of ‘Alî was nominated by The Book Authority, in conjunction with CNN and Forbes, as one of the 95 most important books on Islamic history, and in February 2021 Fr. Clohessy was awarded the Islamic Republic of Iran’s 28 TH International World Book Award, in the category of ‘Distinguished Researcher’.

Syed Rizwan Rizvi started his religious studies in Chicago, Illinois at Imam Ali Seminary where he studied for one year. Thereafter he attended the Islamic Seminary of Qum in 2000 and studied under some of the best and renowned theologians of the Hawzah. After completing general coursework in Arabic literature, Jurisprudence, Quranic Exegesis, Principles of Usul, Kalam and Mantiq, he focused his attention towards Islamic philosophy and during the latter part of his studies on Irfan-e-Islami. Throughout his six years of studies at the Hawzah, he obtained 204 credits and received a Bachelor’s in Theology and Philosophy from Jamiatul Mustafa al-Alamiyyah. Following his studies in Qum he felt the need to improve his fluency in Arabic. In pursuit of this goal, he travelled to Damascus and enrolled in advanced Arabic courses at Damascus University’s Arabic Language Institute and completely immersed himself in an Arabic speaking environment. He attained Master’s in Arabic from University of Damascus. Syed Rizwan Rizvi is fluent in Arabic, Persian, Urdu and English. He serves as Religious Director at Muslim Foundation Inc. He is currently pursuing another Master’s Degree in Islamic Studies from ICAS (Middlesex University, UK)