Ashura, the 10th day of Muharam, 61 A.H can be thought of as the fulcrum around which a variety of events and philosophical traditions are balanced. For one, there is a historical trajectory, where the achievements of Islam were sought to be undone by the tyrannical emirate of Damascus and the belief in the divine character of the religion was revived by Imam Hussain’s sacrifice. For another, there is the metaphysical element of history, where, according to Shia belief, the sacrifice of Ismail by Abraham was ransomed . Yet another dimension of Karbala is its social and cultural ethos. Many communities all over the world observe Ashura in their specific way, and Ashura observances are markers of the reaffirmation of faith, and the passing on the traditions from one generation to another. A fourth dimension of Ashura is as allegory. The sacrifice of Imam Hussain has invoked as a precedent or as an inspiration to fight a variety of unjust rulers across the world . Finally, there is a literary dimension to Ashura, where poets and writers all over the world have repeatedly invoked the event as a rich source of inspiration, and have made it the muse for their eloquence .

In this brief article, I wish to set forth the role of that unparalleled day in Karbala as a guide to contemporary morality. We live in a world where the foundations of truth and morality are often subject to question. It is my humble contention that despite being almost fourteen centuries distanced from our contemporary lives, the events of Karbala can provide us with a rich template which we can deploy to examine the way we conduct our lives with ethics, dignity and morality.

While the entirety of Karbala’s potential to function as moral inspiration is impossible to capture, I will focus on six points that make it highly relevant to our lives and times:

1. The need to take a stand against evil: Judged by the banality of sheer numbers, one could consider Imam Hussain’s stance as relatively ‘unpopular’. This was manifested by the fact that the Imam’s army numbered only 72, many of whom were either too young or too old to fight when judged by traditional parameters. Yazid’s army was several thousand strong, with the ability to draw upon several hundred thousand reserves if necessary. Moreover, the entire cities of Kufa and Damascus, and the citizens of the realm of Yazid stood by as observers when his family (Imam Hussain) was subject to public dishonor. The Imam was well aware of this, and of the immediate consequence of the battle. Yet, he chose to take the stance, which after 1400 Years; we celebrate as one of the most comprehensive of moral victories. By that, it is very important to see this as an act that should impel us to make choices not on the basis of their ‘popularity’ or their immediate fallout, but rather on the basis of their intrinsic merits.

2. The primacy of human rights: One of the celebrated events of Karbala happened several days before Ashura, when Imam Hussain was stopped in his journey by the army of Hurr, and ordered to stop his onward progress. History records that Hurr’s army had moved with such swiftness to intercept the Imam’s caravan that by the time they reached it, they had run out of water. Despite the obvious hostility of the forces, Imam Hussain’s first act was to offer water to Hurr’s forces and their horses. The clear principle that emerges from this act is that human rights are universal, and must be extended to all, despite their identity or their political beliefs.

3. The need to ‘speak truth to power’: After the events of Ashura, the spin-masters of Yazid’s Kingdom were desperate to term the battle of Karbala a ‘fight between two aspirants to power.’ However, the undaunted speeches of Bibi Zainab in the streets and palaces of Kufa and Damascus ensured that the real story of the Imam’s sacrifice became part of folklore. One cannot overstate the sheer courage of such an act in the face of extreme hostility. Yet again, the moral principle one derives from here is the need to put one’s own life on the line and lead by example, especially when the going gets tough.

4. The power of forgiveness: The same Hurr who had stopped the Imam’s progress and had brought him to the battlefield was eventually so affected by his repeated exposure to the Imam’s character that he chose to switch sides on the morning of Ashura. Given his huge role in having Imam Hussain surrounded by a bloodthirsty army, one could have understood perfectly if the Imam’s heart had been hardened. And yet, we are surprised (and instructed) by his response. Not only did he warmly welcome Hurr into the fold (with the worlds “not just I, but my God too has forgiven you”), but he also subsequently tied his mother’s scarf on Hurr’s wounded head. The moral lesson we draw from here is that the past history of a penitent criminal should not be brought to bear in judging their present and future actions.

5. The power of non-violence: In spite of its bloody history, Karbala is a shining example of the power of non-violence, which was exemplified by the Imam’s refusal to allow his best fighter, Hazrat Abbas, to engage in full-fledged combat. History has it that Yazid’s army was so apprehensive about Abbas’ turn at battle that mass desertions were feared. Yet, Imam Hussain demonstrated that his purpose in Karbala was not a military victory, but rather an issue of principle. The moral lesson to be drawn here is that sometimes, the greatest battles are fought and won by those who are at the receiving end of pain and suffering.

6. The need to form collectivities: Imam Hussain’s guest was never a solitary one. He built a community of activists for his cause, as exemplified by his letters to close allies like Habib b. Mazahir, and his constant calls of Hal mi nasirin yansurna (Who will assist me?) in the battlefield. This was eventually rewarded, as exemplified by his own assertion that “neither my grandfather, my father, nor my brother had such allies.” Despite being outnumbered, Imam Hussain’s 72, and his family who endured the deprivations of Kufa and Damascus, formed a true collectivity, one that functioned as the collective of Islam’s destiny.

Overall, one must conclude from this all-too brief analysis that even if one sets aside the spiritual and religious dimensions of Karbala, it is an incredibly valuable teacher even on the secular front. The true follower of Imam Hussain is one who has the moral strength to derive these insights from the event, and to act on them in their own personal lives, especially when faced by adversity. These insights are of tremendous value not merely to Shias or Muslims, but to all of humanity. Rarely in history does one come across an event that so comprehensively provides us with an entire framework of morality.
As the poet Josh Malihabadi put it in an Urdu quatrain:

Is Hussain merely loved by Muslims?

Nay, he is the star of the new firmament.

Let humanity awaken from its slumber

Every (nation) community will (thus)

proclaim, ‘Hussain is ours!’ 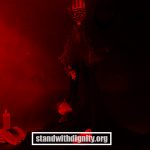 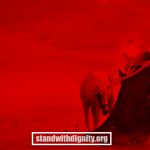