Islam gave to the world the wonderful spirit of Tolerance and democracy at a time when empires were tearing one another to pieces and force and hatred were the order of the day, and love and brotherhood had disappeared from the world. Muslims were united into a great Commonwealth by the genius of the Last and Greatest of the Prophets, and it was the duty of his family in particular, and of Muslims in general to safeguard the jewels so richly bestowed by Islam upon mankind in every clime. Islam came to breathe the spirit of love into a world of hate. The time came when this great and wonderful Brotherhood had to stand a supreme test. It was a Faith worth living for. Was it a faith worth sacrificing everything for including life itself? Was Islam to follow in the footsteps of other creeds and lose its spirituality, or would it remain pure, and the Muslims undivided? Hussain marched with his little company not to glory not to power or wealth but to a supreme sacrifice, and every member of the gallant band, male and female, knew that the foes around were implacable, were not only ready to fight, but to kill. Denied even water for the children, they remained parched under a burning sun, amid scorching sands, yet no one faltered even for a moment, and bravely faced the greatest odds without flinching. Other armies had fought but had fed and watered well before the battle, but at Karbala the little band of heroes stood suffering the worst pangs of thirst. On came the enemy, and Hussain and his followers, were as lions. Brave as could be they hurled back numbers time after time after time, but, alas, arrows and spears took their toll of that little band and the ultimate issue could not be doubted. It seemed as though the cause of those who were of the house was lost when Hussain finally fell. Those who have studied and experienced spiritual studies know well that at the darkest hours one is richest and elevated more highly than ever could be in the time of ease and prosperity. Our earthly body binds us to the earth, but our heavenly body has no limitation in space or time. How little do people really understand of the next life, and of our form when we pass through the thin veil of death?

Hussain did not die, but simply cast aside his earthly frame, and went on, a sublime martyr of Islam, and with him his faithful warriors and friends. How he looked back upon that stricken field, and how then he realized to the full the joy of release from physical limitations. There is no such thing as death we simply go forward freed from everything which is earthly. We have our form and we see clearly and understand much that is hidden from us when we, Limited with a human frame, and can only see, hear with worldly eyes and ears. From that Field of Karbala went forth a cry from the blood-stained sands which reached to every portion and the Muslim world, and Islam breathed again, and Truth no longer hid herself but cast aside her mantle and stood forth once more. The spirit of Unity which had also hidden itself for very shame, came forward and was again recognized by the Faithful. Brotherhood was resurrected and Faith was triumphant.

Hussain died that his blood might cement the structure of Islam, and that the world might be free and pure. During his life upon this earth he preached love and purity and from the next existence he sees and hears that his sacrifice has not been in vain. He preached and fought for freedom against tyranny and injustice and his death is a constant reminder to us today that we must follow in his footsteps and be prepared, if necessary, to cast aside this mortal frame of ours in order to preserve truth, for without truth nothing can live. Hussain triumphed over his enemies by his death, and when Sunni and Shia alike celebrate the Yaum-e-Ashura we join in remembering that great and glorious day when he made the supreme sacrifice. We must fight for truth, for justice, for freedom, against the Powers of Darkness, and we must work for Unity, to bring the entire human family into one great brotherhood, when swords can be sheathed forever, and when man will love his neighbor.

The story of Karbala will ring through the ages until the sunset of time. Not until this planet cools will fervent souls cease to whisper the events of this memorable field. He who had sat upon the knee of Muhammad (May the choicest blessings of Allah be with him and those of his house) whose baby lips had lisped the ayat of the Final Revelation of Allah to humanity. Who had grown like a sapling in the warmth of the sun of the Prophetic care, whose appearance brought a smile to the countenance of Allah’s Apostle, he it was who was destined to cement Islam with. His own warm lifeblood. Shed your tears ye Muslims as ye tell to your children the story of Hussain, the Ever Blessed Saint and Martyr. Teach them to live as he did, and be prepared to die even as he. Muhammad to those who have penetrated the inner Veil means much, and to the uninitiated it also means a great deal. Let us then learned and ignorant gather together to pay our humble tribute to Hussain, the Blessed, whose name lived for evermore.

The outer significance of the wonderful sacrifice is that he gave his life for Unity, for freedom, and for truth, and the arrows which pierced his earthly case allowed his pure and sinless soul to free itself from physical trappings, and depart to its destined abode of bliss. The inner significance is that Hussain lives and shall yet live. He it is whose beneficent spirit has hovered in the world of Islam who has entered into sweet communion with those who understood and listened. In the quiet of a starlit night, standing before our desert tent, we hear him in the rustle of the breeze, in the forest, we find him in a myriad of reflections, and towns we are brought to a realization of him in a thousand ways. Hussain! Ye Blessed! Your blood sanctified mankind. Your sacrifice has brought to us that wonderful spirit of self-surrender. A life give for mankind by one so singles: from such sinless parents and from Allah’s Apostle set a seal upon the Revelation, and preserved it intact to those who understand throughout the centuries. Self-sacrifice, self-abnegation, giving one’s all for others, laying down life itself for Truth, such was the action of our Noble Saint and Martyr. No myth is he, not shrouded by the mists of folklore, no semi-pagan deity or being was he, but a personality known to thousands upon thousands of those who called themselves Muslims. In London, when we celebrate the Yaume Ashura I try to picture to my brethren the Divine Spirit breathed by our Beloved Martyr on that fatal yet glorious day. I feel that my unworthy lips cannot hope to deal justly with such a sacred subject. Allah blessed me with the “Light” nearly 32 years ago, when I stood alone, when I had no Muslim to instruct me, and from that time I have been a humble student, and realize that “when I have run my earthly span I shall know so little- so very little. Hussain, that Blessed One inspired me with the spirit of sacrifice, and I have tried to walk humbly before Allah helping my Muslims brothers’ every day. In the night prayer, and during the dark hours I have remained in an atmosphere of spirituality, and have freed myself from earthly contact, and in 1928 my soul knew such peace as never before. Physical suffering departed, and I was born by invisible hands in a state of sweet claim and blessedness. Such happened to me, a poor unworthy mortal, but what happened when the soul of our Saint and Martyr left the Human frame? Freedom of movement and expression, Peace which mortals cannot understand, and to him who had just left that frame on which his enemies gazed, came sweetness beyond our imagining. The world at large has gained in a manner which is not yet understood and Hussain the Blessed has left us such a wonderful example which few can hope to emulate need today the spirit of Hussain purge the Muslim world of vices which enshroud the minds of the believers. We need Hussain to destroy the demon of selfishness and avarice. We need the example of Hussain forever before us to regulate our lives so that we may live for others. When the Muslims resolve one and all that they will live and die as Hussain, then Islam in reality will be the religion of humanity. Oh! Ye Muslims! Search your soul and say if ye have in truth followed the commands of Allah and his Apostle or have ye walked in the footsteps of Hussain.

(From: Hussain, the Leader of the Entire Humanity, 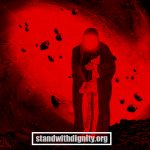 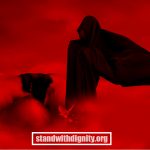 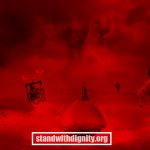 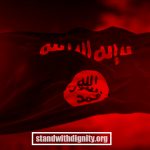 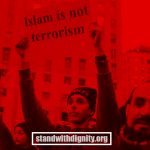