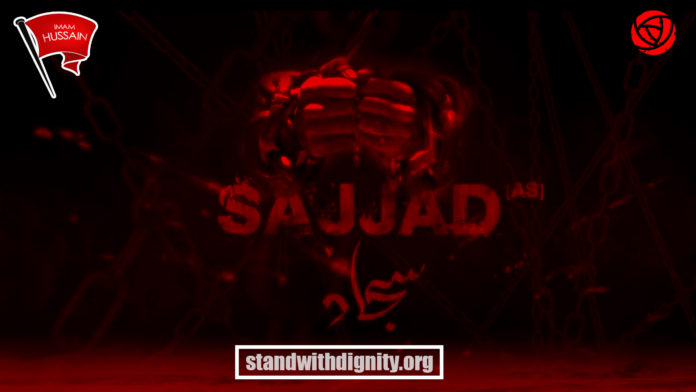 This is the translation of the book known as The Treatise on Rights written by Zayn ul Abideen. In this book, he has explained in clear terms all the obligations a man is expected to fulfill in his life.

The rights of your leaders are of three kinds: The most incumbent upon you is the right of your ruler, then of your guide in knowledge, then the right of your master in property (milk), and every manager [of your affairs] is [your] leader.

Therefore blessed is he whom God aids to fulfil the rights which He has made incumbent upon him and whom He grants success therein and guides to the proper direction!

And know that God is sought through what is convenient [to you] , not through what is difficult; as He Himself has made the rules easier for His creatures, and has not intended to make them suffer hardship. Also humbleness is better than grandiosity for you, because pomposity and extravagance are the lot of self-important persons. And as for humbleness and modesty, there is no pretension or waste in them, because they are natural and are present in the human character. And there is no power, save in God.

And you should know that you are his messenger [in whatever he teaches you] to those ignorant people who may come to you. So, it is necessary for you to deliver his message to them beautifully, and not to commit any breach of trust while conveying his mess-age, and to fulfill your duty on his behalf when you have undertaken it. And there is no power and no strength save in God.

And it is obligatory to have good fellowship with this favor of God [i.e., your wife] , and to respect her and be kind to her although your [i.e., the husband’s] rights upon her are greater and her obedience to you is more binding in all your likes and dislikes so long as it is not a sin. So she has the right of love and fellowship, and a place of repose [i.e., a house] so that natural desires may be fulfilled, and this in itself is a great [duty].

And there is no power, save in God.

So you should feed him what you eat, and clothe him with what you wear, and not demand from him what he cannot do. And if you do not like him, be relieved of the responsibility [put upon you by God] by changing him, but do not inflict punishment upon the creation of God.

And [remember that] her womb was your abode, and her lap your refuge, and her breast your feeder, and her whole existence your protection; it was she, not you, who braved the heat and cold of this world for your safety.

Therefore you must remain thankful to her accordingly, and you cannot thank her except with the help and assistance of God.

Therefore, you should endeavor to bring him up as a person who will be beautified by his good influence [upon his child] of the worldly affairs [and who wishes to be] vindicated in the presence of his Lord concerning his responsibility towards his child by good guardianship and by taking God’s dues from that child.

Therefore you should know that after your relatives, he, more than anybody else, has rights over you, in your life as well as in death; and he is the person most deserving of your help, assistance and aid for the sake of God. Therefore, if he needs something from you, do not keep it from him.

This freeing will bring reward from God in the life hereafter; and in this world, God has given you his inheritance if he has no relative at all. This relationship is in recognition of the wealth which you have spent upon him and in appreciation of your giving him his rights [by freeing him] even although you suffered material loss. On the other hand, if you do not care for him, fear that his inheritance will not prove agreeable to you.

Through it you should not prefer above yourself he who will not praise you, rather he will not be a good successor to your inheritance and will not spend it in obedience to your Lord. Thus, you will be his helper in those [sins and transgressions]. And if, in spending the wealth which previously was yours, he looked after his own interest by obeying his Lord, then he will take all the [spiritual] profit and you will carry the weight of sin, grief and shame, in addition to its consequence [in the Hereafter] , because you hoarded it in contravention of the rules of law.

And if you are in straitened circumstances, then you should satisfy him with good words and amiable request [to allow an extension] , and send him away with gentleness; and though you have taken his wealth, so you should not mistreat him, because this is wickedness.

And if what he claims is void, deal with him gently and put the fear [of God] in his heart, and adjure him by his religion and dull his edge against you by reminding him of God; and avoid superfluous and irrelevant talk, because such talk cannot remove the enmity of your adversary, and you will have committed a sin; because of such talk, your adversary will sharpen the sword of his enmity against you, as evil words create evil and courteous words rout out evil.

And if you can think of no advice for him but know someone whose judgment you trust and whom you will gladly consult if it comes to your affairs, you should lead and guide your conferee to him. Thus you will not be keeping your kindness away from him or hiding your sympathy from him.

And if his advice conforms to your own opinion, be thankful to God and accept it from your brother, that is, the said adviser, with gratitude. And if he should sometime need your advice, advise him sincerely as he did you.

And if you doubt he is in the right and do not trust him because of previous dealings [but you are not sure that he is lying this time], then be careful; perhaps this doubt of yours is a trap by Satan who wants to keep you away from your share [of virtue] and desires to come between you and your honor before your Lord. Still, if you decide not to help him, leave him alone [without putting him to shame], and turn him away gracefully.

And if you over-rule the doubts of your heart concerning him and give him whatever you think fit for him, surely that is true constancy [Qur’an 31:17]

If that person did the favor [which made you happy] unintentionally and unknowingly, you should thank God and be grateful to Him and know that this favor is from God Who has reserved it for you. Still, you should love that person [by whose hand God sent that happiness to you] , because he was the means of bringing the grace of God to you; and pray for his happiness ever after, because the source of the blessing of God is a grace in itself wherever it may be, although he did it unintentionally. .

And whosoever helps himself after he has been wronged — against them there is no way. The way is only open against those who do wrong to the people, and are insolent in the earth wrongfully; there awaits them a painful chastisement, but surely he who bears patiently and is forgiving — surely that is true constancy. [Qur’an 42:41- 43]

And He, to who belong Might and Majesty, has also said:

And if you chastise, chastise even as you have been chastised; and yet assuredly if you are patient, better it is for those patient. [Qur’an 16:126]

All this concerns the person who was intentionally unjust to you. But if it was not intentional, then you should not afflict him by taking your revenge purposely, otherwise it will mean that you avenged an unintentional mistake with intentional punishment. Be patient with him and turn him away [from his mistake] in the most graceful manner. .

Therefore, have fear of God [and treat them justly]. And there is no power and no strength but in God. And all praise and thanks is to God, the Lord of the Universe.